New Orleans to get its new watchdog

The appointment of New Orleans' first inspector general is the latest in a list of government reforms since Hurricane Katrina. 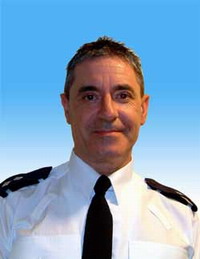 New Orleans to get its new watchdog

Robert Cerasoli begins work in the new post in August with broad oversight of City Hall and the contracts it makes, a big issue as New Orleans rebuilds.

"This is a great opportunity for the city to make headway on its own image," U.S. Attorney Jim Letten said.

That image is what led to the creation of the watchdog post.

The city council approved creation of the watchdog post last fall to send a message to the rest of the country that New Orleans can be trusted to properly spend its federal rebuilding aid.

Cerasoli will have oversight over City Hall and anyone receiving city dollars. He will have power to conduct audits and investigations, including subpoena powers. But any prosecutions would be handled by state or federal authorities, and findings of alleged ethics violations would be turned over to a state or local ethics board.

Resident Jay Ridolfo thinks having an inspector general is a good thing, as long as Cerasoli has the powers and freedom to do his job.

"With the destruction and upheaval of the hurricane, I think it is an opportunity to step away" from the city's reputation for corruption, he said.

Cerasoli was Massachusetts' inspector general for a decade, until 2001, gaining prominence for questions he raised about the notorious Big Dig. That highway project, the costliest in U.S. history, had been beset by problems ranging from leaks and a deadly ceiling collapse to enormous cost overruns.

His new agency in New Orleans was set up to be politically independent. He will answer to an ethics review board - not to the city council or mayor - and serve a four-year term. His budget, however, comes from the city - at least for now - and is only $250,000 (186,000 EUR) this year.

For years, New Orleans and Louisiana have had reputations as centers of political corruption. Former Gov. Edwin Edwards is serving 10 years in prison after being convicted in 2000 in a fraud, extortion and racketeering case. Within the past week, a former New Orleans school board president pleaded guilty to taking bribes to help a business consultant win contracts for an employer, and a one-time associate of former Mayor Marc Morial was sentenced to prison for his role in a kickback scandal.

Historically, the city and state have been tolerant of corruption, Letten said. Still, he and Rafael Goyeneche, president of the Metropolitan Crime Commission, believe that tolerance is eroding, particularly in the nearly 22 months since Katrina flooded much of the city.

Having an inspector general "is another indication that the people of New Orleans aren't interested in going back to the old ways of doing business," Goyeneche said.