David Hasselhoff demanded Friday that a British tabloid newspaper publish an apology for writing that he was intoxicated and acting inappropriately at a Hollywood nightclub. 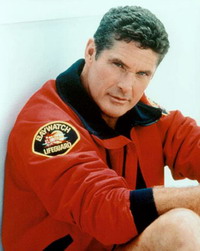 Hasselhoff denies the allegations, which were published by The Sun newspaper on Tuesday, and is demanding a printed apology stating the article was false.

"He did not do what they said he did," Hasselhoff's British lawyer Simon Smith told The Associated Press. "He would not behave like that in public."

The Sun's article, which had the headline "Hoff is Back on Sway Watch," claimed a "boozy" Hasselhoff was knocking over tables and demanding drinks from strangers at Les Deux nightclub in Hollywood the previous weekend. The article claimed he was celebrating winning custody of his two daughters the previous day.

Smith said Hasselhoff was demanding the apology runs on "Page 3" of the Sun, which features a daily photograph of a topless woman. If the Sun refuses, Smith threatened to file a lawsuit at Britain's High Court on Monday.

The star wants the apology to appear on that specific page because that was where the original article ran.

The Sun has removed the article from its Web site. The publication was not immediately available for comment.

In May, a video of an apparently drunk Hasselhoff trying unsuccessfully to eat a hamburger off a floor was filmed by his daughter Taylor and leaked onto the video sharing site YouTube.