Legislation to legalize gay marriage in New York, sponsored by the gay brother of entertainer Rosie O'Donnell and supported by Governor Eliot Spitzer, is to be debated Tuesday in the state Assembly. 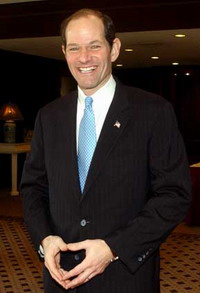 Assemblyman Daniel O'Donnell, a Manhattan Democrat, predicted he would have more than the 76 votes needed to win approval of the measure in the 150-member Democratic-controlled chamber.

Same-sex marriage in the U.S. is legal only in Massachusetts, but nine other states have approved spousal rights in some form for same-sex couples - Connecticut, Vermont, New Hampshire, New Jersey, Maine, California, Oregon, Washington and Hawaii.

Despite Spitzer's backing, the legislation stands almost no chance of passage yet in New York's Republican-led state Senate.

"We not doing gay marriage by Thursday that's for sure, or this year," Senate Majority Leader Joseph Bruno declared Tuesday morning as lawmakers wound down their annual legislative session, which is due to wrap up on Thursday.

New Yorkers are split over the gay marriage issue. A statewide poll out Tuesday from the Quinnipiac University Polling Institute found 35 percent of registered voters supported gay marriage while another 35 percent supported civil unions but not same-sex marriage. Twenty-two percent of voters said there should be no legal recognition of same-sex unions.

O'Donnell said that he had high hopes the Senate, and Bruno, would eventually come around.

"I'm hopeful he can be educated," the assemblyman said.

O'Donnell said he and his partner of 26 years, John Banta, director of special events for the American Ballet Theatre, were looking forward to the day when the measure might be signed into law.

"We would get married tomorrow, if we could," O'Donnell said.

California, which now has a domestic partnership law, will probably be the next major battleground for gay mariiage. Its legislature is expected to pass a bill this year allowing gay couples to marry, although Republican Gov. Arnold Schwarzenegger has said he would veto it. A separate legal challenge to California's one man-one woman marriage law is headed to the state Supreme Court.