Ike Turner spent a night in jail this week after he was arrested on a 1989 drug warrant that turned out to be invalid. 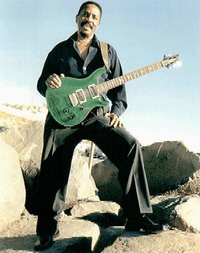 Officers ran a routine check for warrants and found Turner had an old felony drug warrant, and he was arrested and booked into a downtown jail, Harding said.

"He had court yesterday and I guess that they deemed it was an old warrant that was never removed from the system," Harding said.

The celebrity news Web site TMZ.com said a judge recalled the warrant four months after it was issued.

That could not be immediately confirmed with Superior Court representatives.