Multibillion-euro ( -dollar) Galileo satellite navigation project will save taxpayers' money in the long-term, even though it will bring increased costs upfront. 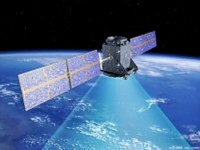 "We are in the same situation that you would have between leasing a car and buying a car in cash," said European Commission transport spokesman Michele Cercone.

But Europe's rival to the U.S. Global Positioning System, or GPS, carries a far more expensive price tag than those in any car showroom - a total construction cost of 3.6 billion EUR(US$4.9 billion) that the EU executive now wants to be completely covered by taxpayers.

Public funds were originally set aside to cover one-third of this, with the private sector penciled in to pay the lion's share.

As a result, the EU must now seek around 2.4 billion EUR(US$3.25 billion) more to pay for the project. Cercone was vague on the precise total, saying his boss, EU Transport Commissioner Jacques Barrot, had earlier mentioned a range of between 2 billion EUR(US$2.7 billion) and 3 billion EUR(US$4 billion).

But, like any good car salesman, Cercone claimed that - even this price - would be a bargain.

"If you apply this example to Galileo you will find it would be less expensive to take the entire construction of the infrastructure of Galileo to public authorities than to guarantee 100 percent of a private loan at the market value," he said.

"This is what the (private sector) consortium wants or plans the public authorities to do ... to guarantee both the risks and the debt of Galileo."

A consortium of eight companies from France, Germany, Spain, Britain and Italy charged with building and running Galileo were given until May 10 to set up a joint legal entity to run the system or risk losing control of the project, scheduled to be operational by 2011 - although this may now slip until 2012, according to German Transport Minister Wolfgang Tiefensee.

But Cercone said it was clear that insufficient progress to date meant that leaving them in control of the project would mean "irretrievable delays and would entail unacceptable risks for public finances."

EU governments had warned the companies to end the infighting over how to split the workload. Spain had reportedly been insisting on a larger number of contracts.

In Berlin, EADS co-chief executive Thomas Enders shrugged off blame saying he had never come across such a politically driven project - a situation that did not give companies the certainty they needed to take on the full financial risk themselves.

Going forward, the European Commission will decide on possible options on May 16 and ask transport ministers to vote on them when they meet on June 7-8.

But Cercone already highlighted what the EU thinks is the best option: using public money to build the project and allow private companies to run it.

Only one out of 30 planned satellites that are part of Galileo has been launched - in December 2005. The second satellite missed its initial autumn 2006 launch date after it short-circuited during final testing.

Like GPS, Galileo is planned to be a network of satellites orbiting Earth that will beam radio signals to receiving devices on the ground, helping users pinpoint their locations. Galileo is due to have 30 satellites compared to GPS's 24, but the planned launches are running far behind schedule. The project aims to generate some 150,000 jobs.