New York state legislator apologized after he was censured and deprived of his committee leadership position for sleeping overnight on the floor of a female intern's apartment. 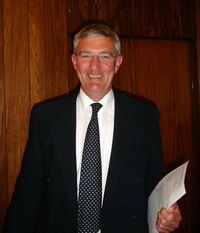 Assemblyman Michael Cole, a 35-year-old married father of two, had said he walked the intern home from an sports bar April 16 after watching a Stanley Cup playoff hockey game. He had said nothing inappropriate occurred and that he spent the night on the apartment floor after he felt he was too drunk to drive.

The 21-year-old intern was fired from the program. Assembly Speaker Sheldon Silver admonished Cole on Thursday.

"I accept full responsibility for violating the intern fraternization policy that Speaker Silver put into place three years ago," Cole said in a statement. "I am truly sorry for putting myself, and more importantly my family, in this situation. It will never happen again."