A fundraising auction of music memorabilia from Jimi Hendrix, The Edge, Bono, Paul McCartney and others brought in $2.4 million (1.76 million EUR), some of which will go to a charity that replaces musical equipment lost to hurricanes Katrina and Rita. 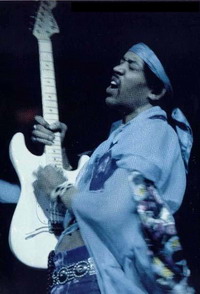 "It was the best sale we've ever done," said Darren Julien, president and CEO of Julien's Auctions, which ran the event benefiting Music Rising.

The event Saturday night at the Hard Rock Cafe was so popular that bidding went on for three hours after the scheduled conclusion, Julien said.

The final amount going to the charity had not been tallied yet, he said. For some items, the total selling price goes to Music Rising, while other items designated a portion of the proceeds.