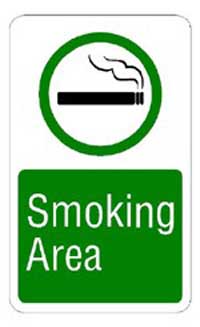 Moreover, there is no risk-free level of exposure to someone else's drifting smoke, declares the report issued Tuesday - a conclusion sure to fuel already growing efforts at public smoking bans nationwide. Fourteen states have passed what are considered comprehensive smoke-free workplace laws, those that include restaurants and bars.

But the surgeon general is especially concerned about young children who cannot escape their parents' addiction in search of cleaner air: Just over one in five children is exposed to secondhand smoke at home, where workplace bans do not reach. Those children are at increased risk of SIDS, sudden infant death syndrome; lung infections such as pneumonia; ear infections; and more severe asthma, the AP reports.