Germans are divided on if immigration is good for their country or not so good, according to an AP-Ipsos poll that found a third of those polled in Germany think immigrants are more likely to make crimes. 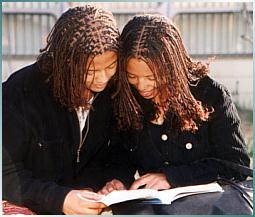 Such examination was made in Britain. Briton AP-Ipsos makes interviewer among the population in order to know Briton’s jpinion about immigrants in their country. They establish two different points of views: on one side immigrants work harder, on the other side they more likely to be involved in crime, reports “Pravda.ru” today.

German Chancellor Angela Merkel has made it a goal of her new government to improve the integration of the nation's roughly 7 million foreigners. Yet while 47 percent of respondents said immigrants have a "good influence" on the country, 45 percent had the opposite view.

The economy in the country of 82 million has depended on highly-trained foreign workers, and about a third of those polled, or 29 percent, said immigrants worked harder than native-born Germans.

The number in Germany who said immigrants work harder than natives is lower than the number who felt that way in any of the other seven countries polled.

"This might have to do with Germans' proudly cherished, self-perception of being extraordinarily industrious," said Christian Holst of Ipsos in Germany.

Much of the national debate over immigration has involved the question of teaching immigrant children the German language, reports the AP.