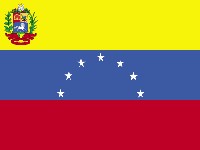 Austrian consul Walter Renberger was approached by three robbers as he entered the consulate in Caracas. He was shot when he tried to resist the assault, said Carlos Arreaza, police chief of the Caracas district of Chacao, where the consulate is located, the AP reports.

Renberger was taken to a Caracas hospital and is out of danger, he said.

The thieves then broke into the consulate safe and make off with the cash. A manhunt was under way for the robbers, Arreaza said.