Three factors, at least, are at work against Syria heeding the U.N. resolution - uppermost among them: The measure can't be enforced. 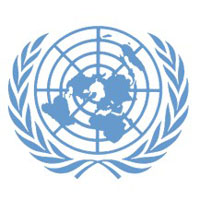 Beyond that the political atmosphere between the eastern Mediterannean neighbors remains acrimonious, especially as long as an anti-Syrian government remains in charge in Beirut.

And finally, Damascus still is smarting from the hurried and forced withdrawal of its army from Lebanon last year under pressure from the Lebanese themselves and the international community after the assassination of former Prime Minister Rafik Hariri, whose murder has been linked to Damascus by a U.N. investigation.

Bishara Charbel, editor-in-chief of the independent Lebanese newspaper Al-Balad, said the resolution in principle stresses an earlier resolution adopted in 2004 "but it seems it will complicate the atmosphere because of tensions in Lebanese-Syrian relations."

He said Syria's allies in Lebanon bear responsibility for not using their influence with Damascus to improve ties, the AP reports.

Sateh Noureddine, managing editor of the Lebanese newspaper As-Safir, which has taken a pro-Syrian line, said the U.N. resolution's lack of implementation mechanism made it a piece of "propaganda with no political value that could provoke the Syrians and undermine resumption of relations."

Since 1943, when Syria and Lebanon gained independence from France, Damascus has sidestepped formal links with Beirut, preferring to influence the country through proxy allies inside the nation and then by sending in its army for nearly three decades.