Singapore's ruling People's Action Party will unveil its election slogan and manifesto at a rally Saturday to mark the 20th anniversary of its youth wing, the party's chairman said Thursday. 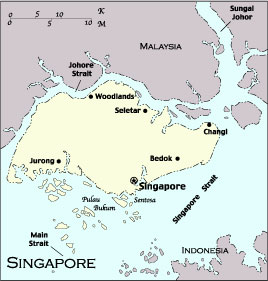 Lim Boon Heng made the announcement as he introduced the party's final three new candidates for Singapore's general election, which is likely to be called in coming weeks.

In total, the party plans to have 24 new faces among its 84 candidates, who will contest the 84 elected seats in Singapore's Parliament.

As in previous elections, the ruling party is expected to win easily against Singapore's weak and divided opposition. The test, political observers say, lies in the percentage of the valid vote the ruling party's candidates receive in the contested constituencies.

Critics charge the ruling party's frequent use of lawsuits against opposition leaders and influence on the local media make it difficult for opposition parties to present their views to the general public. Government leaders say they welcomes debate and file lawsuits to protect their reputations.

At the last parliamentary elections in November 2001, the ruling party won 82 of the 84 seats and garnered 75 percent of the popular vote, reports the AP.