California wine sales in the United States hit another record in 2005, a rise experts attribute to a jelling of factors from the Supreme Court weighing in on wine shipments to the vino-centric movie, "Sideways." 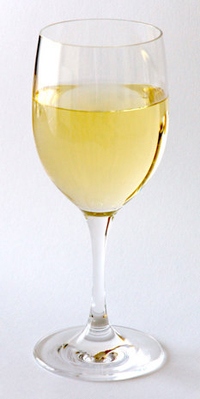 About two out of every three bottles of wine sold in the United States comes from California. Looking at sales of all wine, including other states and foreign producers, domestic sales grew by about 5 percent to 703 million gallons (2.7 billion liters) valued at $26 billion ( Ђ 21.55 billion).

Wine sales have been growing ever since 1991 when CBS' "60 Minutes," did its "French Paradox" story on perceived health benefits of wine, refocusing interest in that subject.

But about four years ago, the rate of growth picked up, Fredrikson said, because of a number of things including the introduction of "supervalues," such as Two Buck Chuck, the nickname of Charles Shaw wines which sell for $1.99 ( Ђ 1.65) in California.

The success of the wine road trip movie "Sideways," which opened in fall 2004, and this summer's Supreme Court shipping ruling, forcing states to treat local and out-of-state wineries equally, added to the momentum, Fredrikson said.

"I characterize it as wine finally really getting traction with the American public," he said, reports the AP.