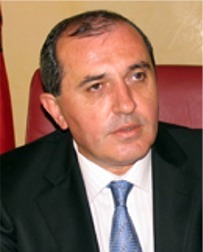 Albania's foreign minister arrived in Tallinn Wednesday for meetings with the Estonian government.

Besnik Mustafaj is the first Albanian government official to pay an official visit to recent EU member Estonia, a Baltic country that has seen rapid economic growth since breaking free from Soviet occupation in 1991.