Denmark said Friday it has temporarily closed its embassy in Pakistan following violent protests over the Prophet Muhammad cartoons. "We have decided to do so because of the general security situation in the country," Foreign Ministry spokesman Lars Thuesen said. "Our staff are still in the country but not at the embassy in Islamabad ." 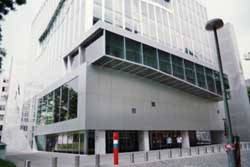 Thousands of security forces were deployed across Pakistan to prevent unrest amid fears of more deadly demonstrations Friday. The crackdown follows violent protests this week in which five people died and Western businesses were vandalized and burned. Denmark last week temporarily closed its embassies in Lebanon , Syria , Iran and Indonesia , after anti-Danish protests and threats against staff.

Cartoons of the Prophet Muhammad were published first by Danish newspaper Jyllands-Posten in September and have been reprinted in a range of European media, sparking protests across the Muslim world. Islam widely holds that representations of Muhammad are banned for fear they could lead to idolatry.

Muslims are awaiting an official apology from Denmark , but Danish Prime Minister Anders Fogh Rasmussen has said he cannot be held responsible for the actions of an independent newspaper. Jyllands-Posten has apologized for offending Muslims, but has stood by its decision to print the drawings, citing freedom of speech. The Foreign Ministry said the German Embassy in Islamabad was handling consular activities for Danes in Pakistan , reports the AP.