Tifor airbase, also known as Tiyas airfield or T-4, in Syria's Homs Province was attacked by two F-15 fighters belonging to the Israeli Air Force, representatives of the Russian Defence Ministry said in a statement. 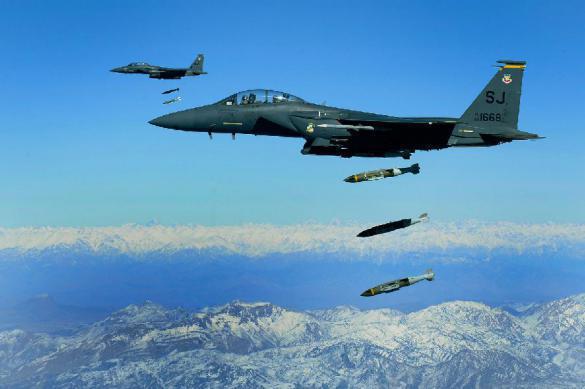 "On April 9, between 03:25 and 03:53 MSK, two F-15 aircraft of the Israeli Air Force, without entering Syrian airspace, fired eight guided missiles at Tifor airbase from the territory of Lebanon," the message says. Syrian air defense systems could destroy five of those missiles, but three others reached the western part of the base. No Russian military men were injured as a result of the attack.

Israel has not commented on the statement from Russia.

Fourteen people, including Iranian military advisors, were killed as a result of the attack, Al Arabiya reports with reference to the Syrian Center for Monitoring Human Rights.

It was originally believed that the attack was conducted by the US Air Force. It was also reported that the missiles flew from the direction of the Mediterranean Sea through Lebanon.