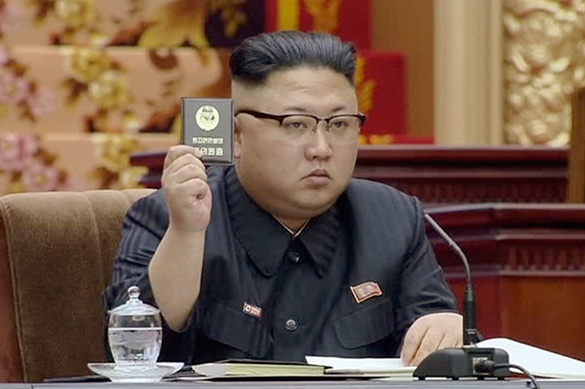 On Monday the Government of Spain decided to expel the Ambassador of the Democratic People's Republic of Korea and claiming he was not welcome in the country, Spain gave him until September 30 to leave. The reaction from Pyongyang is as follows:

In the world of controlled media, where packages of information are sold to readers and viewers to form public opinion and create cover for sinister actions, it is useful to see the other side of the story. Let us continue the series The Other Side of the Coin regarding the DPR Korea.

Once again, the freedom and rights of a State are constrained by an international policy aimed at destroying the relations of the Democratic People's Republic of Korea with the rest of the world.

The Ministry of Foreign Affairs and Cooperation of the Government of Spain announced today, Monday, September 18th 2017, that our Honorable Ambassador Mr. Kim Hyok Chol has been declared "persona non grata" and has given him a period to leave the country before September 30th 2017.

This type of measures and actions seek only to satisfy the interests of the USA, and
generate an environment of tension totally opposite to what should be international relations. The current United States policy, together with the United Nations Security Council, violates the fundamental rights of any State to have a political representative of the country
to work for improvement in diplomatic and political relations. With actions like these it is difficult to think that we are really looking for a peaceful solution in the Korean Peninsula. Maneuvers like respond to a warlike attitude and a further ruse of international politics to attack the rule of law and freedom of a country.

Since the Armistice agreement signed by the DPR of Korea and the United States on July 27th 1953, the Republic has not stopped believing and working for a peaceful reunification of the Korean Peninsula. None of these actions, international sanctions or any type of political resolution will say that the great people of the Democratic People's Republic of Korea, with the direction of our Marshal Kim Jong Un, continues to work towards the development, progress and freedom that Korean people deserve. It is not understandable from any diplomatic point of view that these measures adopted by the Spanish government are a solution, or what the international system currently needs.

Peru, Mexico, Kuwait and now Spain, impede diplomatic solutions with the expulsion of our
ambassadors when what is really needed is just the opposite. In these times when the news run from one side to the other of the world in the smallest space of time, and communication is more direct than ever, policies of dialogue, cooperation, respect, collaboration and discretion are needed in taking care of  the sovereignty of each State.

From the Korean Friendship Association and the Juche Idea Study Groups, we express our most sincere condemnation and repulsion to the measure adopted by the Spanish government. We show our unconditional support to the Embassy of the Democratic People's Republic of Korea and its representatives from all around the world.

We hope that the governments that are carrying out these measures and the international community rethink their decisions against each other's foreign policies,
and recognize the work of our ambassadors and international officials.