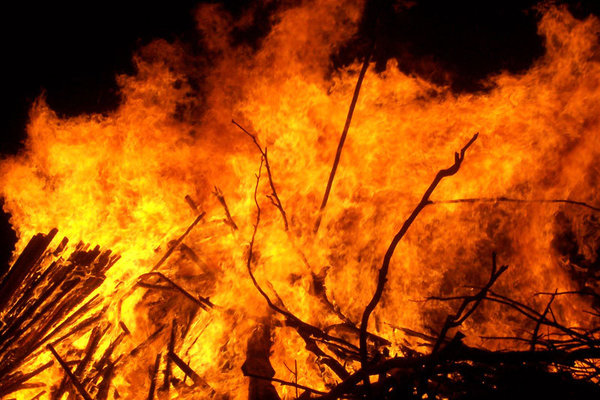 At least 140 people have perished near Ahmedpur East in Pakistan after a fuel tanker overturned on a motorway and burst into flames as people were gathering thefuel. The tanker crashed when a tyre burst as it was rounding a corner and the fire started when someone lit a cigarette.

The tanker was carrying around 25.000 liters of fuel from Karachi to Lahore and veered off the road when it was eight kilometers from Ahmedpur East in Bahawalpur District. After overturning the fuel began to leak out and villagers ran to the scene to collect the spill in buckets and pots.

When a passer-by lit a cigarette, the tanker burst into flames and all those standing around it died or suffered severe burns.

Photo: By Fir0002 - Originally uploaded to the English Wikipedia here by the author, CC BY-SA 3.0, https://commons.wikimedia.org/w/index.php?curid=11904