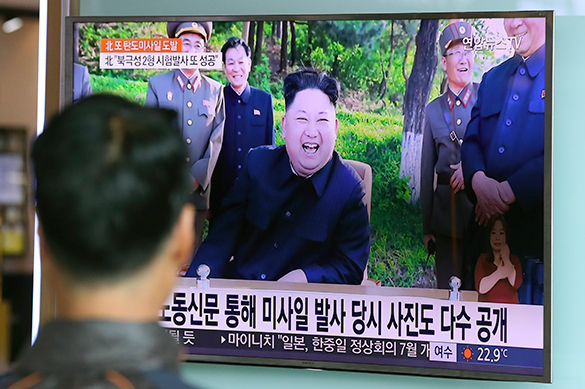 The United States wants tough sanctions against the DPRK, while China is responsible for 90 percent of foreign trade turnover of the hermit kingdom. The USA may impose restrictive measures on Chinese companies in the event China does not introduce restrictive measures against North Korea. In response, Beijing asked for 100 days to put pressure on the DPRK. Previously, similar arrangements were achieved in foreign trade between the USA and China.

Earlier representatives for the Chinese administration said that they shared Russia'a point of view on the situation in Syria and North Korea. Russia's approaches to the crises are "logical and justified," officials with the Chinese Foreign Ministry said.