Vadim Gorshenin: White House admits USA did not supply sarin to ISIL. Turks did it

Donald Trump ought to talk to Eren Erdem, whom Ankara accuses of high treason. Turkish MP Erdem could probably make it clear whether ISIL terrorists had sarin gas in Syria. As long as the two have not spoken yet, today's statement from the White House about the absence of this chemical weapons in the hands of the terrorists appears to indicate that Washington has not supplied sarin gas to the terrorists recently. That's all. 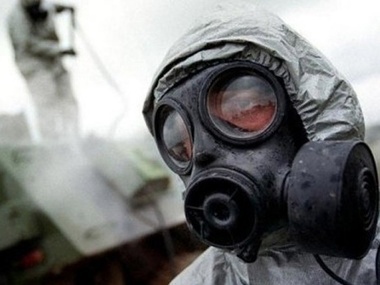 In 2015, Erdem demonstrated a copy of the criminal case opened by the Office of the Prosecutor General of the city of Adana. In the course of the investigation it was found that several Turkish citizens negotiated sarin gas supplies with ISIL terrorists. The phones of the suspects were tapped, and the obtained evidence fully confirmed the involvement of Turkish citizens in the supply of poisonous gas to ISIL. Erdem demonstrated telephone bills that left no doubt about the involvement of the Turkish side in the supply of sarin gas. Based on all evidence, Adana prosecutors conducted a special operation and detained 13 suspects. A week later, however, the case was closed without giving reasons. All the suspects crossed the Turkish-Syrian border and are now hiding in Syria.

The scandal with documents on the supply of sarin to ISIL terrorists broke out in December 2015. Since that time, no chemical attacks with the use of sarin have been carried out, until now.

Trump ought to talk to Erdem in an effort to find out whether ISIL terrorists could have sarin gas in Syria. In addition, another US president could win a Nobel prize for guarding Erdem against state   persecution in Turkey.

Meanwhile, Trump looks stupid against the backdrop of the parliamentary inquiry in Turkey from December 2015. As for Ivanka Trump, she has reaffirmed her reputation of a blonde.