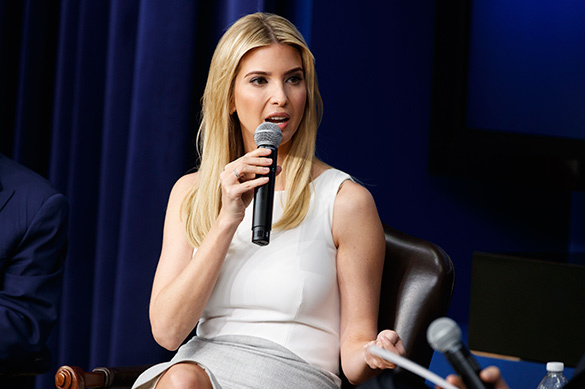 Reportedly, Ivanka Trump was "shocked" with the photos from the site of the alleged chemical attack in Syria's Idlib Province, the newspaper wrote.

"Heartbroken and outraged by the images coming out of Syria following the atrocious chemical attack yesterday," she tweeted on April 5.

The position of Trump's daughter showed significant influence on the decision made in the Oval Office, unnamed sources of the newspaper said.

Later, Ivanka Trump expressed her pride about her father's decision. "The times we are living in call for difficult decisions - Proud of my father for refusing to accept these horrendous crimes against humanity," Ivanka Trump tweeted on April 7.