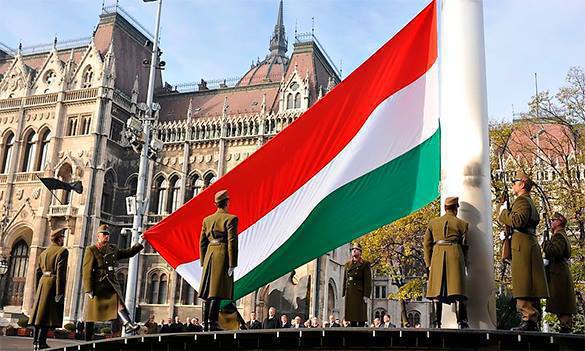 According to Suvorov, the Ukrainian army is almost ten times larger than that of Hungary, so it will not be a problem for Ukraine to defeat Hungary.

"Hungary has the 29,000-strong army, whereas the Ukrainian army counts 250,000 men. They will not even jerk to cross the Ukrainian border. There will be no separatism if there's no military support from a neighboring state. The Hungarian army has 29,000 people, so we will drive them out of the country in a week, if necessary, no problems about that," the blogger said.

Hungary is a member country of the North Atlantic Alliance (NATO). In 1992, Hungary provided bases on its territory to American troops. Since 1994, Hungary has been participating in all NATO events, as well as in various military operations conducted under the aegis of the alliance.