Why East Europe will be the future of Europe 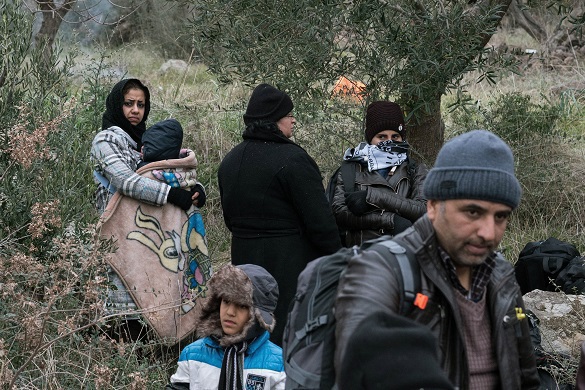 Hungary held a referendum on 2 October on whether to accept mandatory EU quotas for relocating migrants. The National Election Commission of Hungary has not recognized the results of the referendum as the turnout made up less than 40% of the population.

Prime Minister Viktor Orban's government opposes plans to relocate a total of 160,000 migrants across the EU bloc. Although EU leaders refer to these plans as 'refugee' quotas, according to the United Nation's own estimates, 60% of migrants entering the EU are not from Syria.

This is  historically illiterate and illogical given the epic historical impact that the East has had on Europe.  The Christian identity of Europe was due to the the Byzantine Empire which prevented Europe being conquered by the Ottoman Turks.

The spark that set off the greatest war the world  has ever seen, was a gunshot in East Europe. The largest conflict in Europe since 1945 was also in Eastern Europe with the various Yugoslav Wars.

In the words of Winston Churchill - 'The Balkans produce more history than they consume'.

Unsurprisingly, East Europe is yet again at the heart of world affairs, with an unprecedented flow of migrants using the the Western Balkan route to reach Hungary and eventually Germany and other EU states.

Hungary, along with Slovakia, has already launched a court challenge against the EU plans which Prime Minister Orban has described as 'illegal and unreasonable', saying that they 'could redraw Europe's cultural identity'.

This notion of 'European cultural identity' is something that is being guarded far more by East European nations, than by West European ones.

There are those who see Europe in terms of cultural identity, and there are those who just see it as a geographic and economic area which should be open to anyone in the world (or at least anyone willing to work, regardless of their cultural values).

The vast majority of West European electorates would vote against further mass immigration if given a referendum, and West European leaders know this. The only country that has had any referendum on the issue is Switzerland (a non-EU country) which voted for migrant restrictions.

Most Western European politicians don't tend to see Europe in terms of cultural identity, and so are unwilling to offer their people referendums on issues like migration quotas.

They are more concerned with conforming with the consensus within internationalist bodies like the EU and the UN, than they are with the consensus amongst their own electorates.  They are subject to the fashionable group-think of such organisations and have an instinctive contempt for real democracy; seeing it as vulnerable to 'right-wing populism'.

Many EU leaders just see the migrant crisis as a crisis of management; a phenomenon that can be dealt with through more efficient European cooperation and allocation of resources. They treat mass migration as they would a traffic problem; something that requires better infrastructure, more financing, and administrative solutions.

But this issue is not managerial. It is civilisational.  It doesn't just cause problems in terms of school overcrowding and housing pressure,etc. It attacks the very nature of European identity.

Back in 2010 Angela Merkel  said that attempts to build a multicultural society in Germany had 'utterly failed', She said the so-called 'multikulti' concept - where people would 'live side-by-side' happily - did not work, and immigrants needed to do more to integrate - including learning German.

Fast-forward a few years. and Merkel invites an astonishing one million people to permanently settle in Germany. And she invites the rest of Europe to do the same.

There is now a television advert in Germany sponsored by UNESCO (the United Nations Educational, Scientific and Cultural Organisation)  and paid for by German taxpayers, encouraging German women to wear the Islamic headscarf in a show of 'tolerance'.

This ideological inconsistency shows just how little, European leaders like Merkel have realised that mass immigration is eroding European identity, and threatens to create a deeply divided and dysfunctional society.

Sweden has received such an astronomical number of migrants that there are now 123 males for every 100 females in the 16-17 age group, according to statistics from Texas A&M University. The natural ratio at birth should be 105 boys for every 100 girls, according to the World Health Organization.

The social consequences of such a huge gender imbalance will  be hugely negative. Yet, rather than tackle the problem, Sweden has chosen to just accept it as the 'new normal'.  There are now adverts telling Swedes to accept the changing nature of society and the fact that 'new Swedes' will bring with them 'different habits'.

Meanwhile, the Mayor of London, Sadiq Khan, says that 'terrorism is just part of living in a big city'.  But whilst large West European cities like London, Paris and Brussels are under constant threat, one notices that much larger cities like Beijing, Rio de Janeiro and Buenos Aires have not had any constant terrorist threats. The Islamist threat to these cities is minimal.

Similarly, if we look at the major East European capitals like Prague, Budapest and Warsaw we see no significant terrorist threats.

The reality is that the terrorist threat to large European cities is is now mainly linked to whether Islamists are there in large numbers. In East Europe there are very few, and therefore the threat is not apparent.

East Europe has largely avoided the mass influx of migrants from Islamic countries and thus avoided the social problems that will continue to erode the fabric of West Europe.

It will be impossible for West Europe to absorb millions of migrants indefinitely, and still retain a liberal, socially cohesive society. Future generations of West Europeans will slowly adapt to the new more dysfunctional nature of their society and gradually forget that is was ever different.  Terrorist attacks will be met with increasing apathy. Higher crime and social disorder will just be seen as a by-product of modern life. And the Islamification of European cities will be seen as an inevitable consequence of globalisation.