Chernobyl to open another storage facility for spent nuclear fuel

The new storage facility for spent nuclear fuel at the Chernobyl Nuclear Power Plant (CNPP) is to  be commissioned in the third quarter of 2018, officials with the State Agency for Management of the Exclusion Zone said in response to a query from Ukrainian news agency UNIAN. 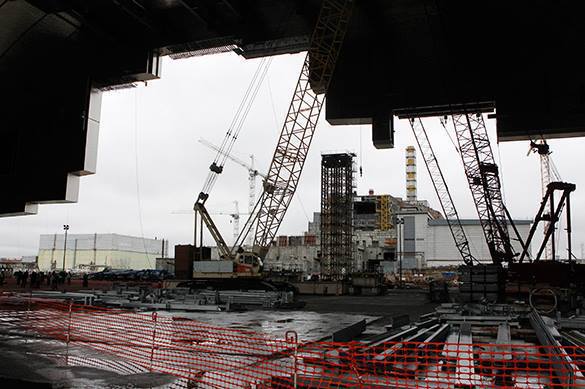 The existing storage is 97 percent filled. During the upcoming ten years, it is planned to transform spent nuclear fuel of the Chernobyl Nuclear Power Plant to the new storage facility. The latter will   ensure the storage of spent fuel of the plant for 100 years.

The funding of the new storage facility project in the Chernobyl exclusion zone is carried out through an account of nuclear safety. The project is evaluated at €400 million, TASS reports.

Noteworthy, Russia's Ambassador to the UN, Vitaly Churkin, wrote a letter to UN Secretary General Ban Ki-moon last spring. In the letter, the Russian official set out concerns about the construction of the new spent nuclear fuel storage in Chernobyl.

"The capacity of the new storage facility, as experts estimate, considerably exceeds Ukraine's needs. It appears that Ukraine prepares infrastructure for the disposal of foreign nuclear waste. In other words, the sitting Ukrainian authorities have decided to turn Ukraine into a nuclear dump," Vitaly Churkin wrote in the letter to Ban Ki-moon.

Experts say that it is still dangerous to stay in the Chernobyl area, even 30 years after the nuclear disaster. Radiation decay takes tens of thousands of years, and all the talking about Chernobyl being a safe place now is fiction. Nature can not "digest" radiation so quickly, experts assure.