13:50
By setting up tribunal for Ukraine, EU simply wants to appropriate Russia's frozen assets
20:10
Jiang Zemin built the basis for China's unexampled relations with Russia
19:06
Russian Defence Ministry reports destruction of Western arms supplied to Ukraine
18:49
Russian forces take control of Andreevka in Donetsk People's Republic
15:53
Poland ready to hold referenda to annex all of Western Ukraine – Russian intelligence
14:51
Leaders of Chechnya and Buryatia harshly criticise Pope Francis for his light-minded remarks
14:06
Ursula von der Leyen deletes her video in which she spoke of Ukraine's losses
13:43
Russia to pay special attention to strategic nuclear forces in 2023
13:14
Russia tests new methods of the use of missile and artillery forces in Ukraine

The health authorities in the Brazilian State of Bahia are in alert as a mystery illness causing sudden spasms of extreme pain in the neck and limbs, then passing black urine, has struck. Initial reports pointed towards eleven victims but in recent hours agencies are reporting more cases. 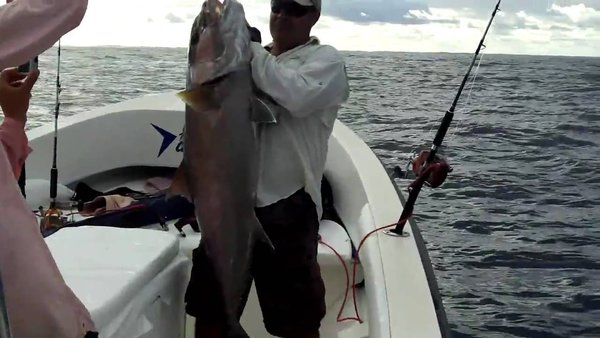 The first cases were reported between December 2 and December 10 in the northern coastal área of the State of Bahia in central Brazil - sudden intense pain in the cervical region, then in the limbs and torso, back, moving down to the legs, and passing black urine. In all cases CPK muscular enzymes suffer significant alterations. Renal deficiency was detected in at least one patient and the first medical reports suggested a vírus which was contracted through contact with droplets of saliva or physical contact.

The Secretary of Health of the State of Bahia has placed medical facilities in a state of alert. The initial indications at the root of the outbreak is consumption of a fish, called Bulls' Eye (Olho de Bói) or "Arabaiana", in English Amberjack, this being the common denominator in 16 of the 18 cases.

Forensic studies should be ready within 15 days, according to the local authorities.

The local newspaper Correio24horas reports no less than 18 cases, 16 in the capital, Salvador de Bahia. The other cases were registered in the city of Valença, in the Southern part of the State of Bahia. The cases in Salvador are all linked to the same source - the victims came from three families who ate a moqueca, or stew, made with a Bull's Eye (Olho de Bói, or Arabaiana) bought from fishermen on the beach of Genipabu, in Guarajuba. The fact that there are other cases registered elsewhere may point towards the existence of a vírus.

Another possible explanation is a variant of Bornholm's Disease, a viral infection which causes similar muscular pains, fever, headache and sort throat, but not the passing of black urine.

A second alternative explanation is that the disease could be Raff's Syndrome, caused by a toxin in seaweed, eaten by freshwater fishes and passed to humans through their consumption - there have been cases of this Syndrome in the north of Brazil recently. The fish in question in the latest case were from the sea but this might mean that the seaweed in salty water has also been affected by the toxin.

48 hours after the first signs of the disease, the pains pass but the patients are left with the frightening symptom of passing black urine. The treatment for now is simply hydrating the patients because it is not yet clear what the vector, or carrier, might be.