Italian MPs in Crimea: Europe without Russia is not Europe

A member of the regional parliament of Veneto, Italy, Stefano Valdegamberi, visited the Crimea with the delegation of Italian politicians and businessmen on October 13-16. Following the visit, the Italian MP said that the EU would lift its sanctions against the Crimea. 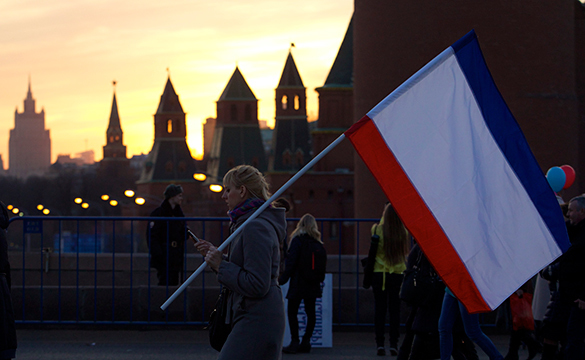 "The international community wants to isolate, but we, on the contrary, want to move on. I am certain that it is the people who eventually win, and governments will eventually be forced to listen to what people say," the Italian official said, RIA Novosti news agency reports.

According to him, the history of relations between the Roman Empire and the Crimea counts more than 2,000 years, so they can not be broken. "The sanctions came as our inadequate response to the problems, let alone the fact that they cause damage to our peoples," Stefano Valdegamberi said.

The delegation from Italy could see during the visit that residents of the Crimea still support the results of the referendum held in March 2014.

"During the visit, the Italian MPs and representatives of the business community could see that the decision on the referendum had been made independently, without pressure," said Valdegamberi.

According to the MP, there is a misconception in Italy about the events that took place in the Crimea. "Until the last minute, we had received threatening message, in which we were told not to go to the Crimea. The more of such messages were coming, the more certain we were getting that we should go," Valdegamberi said.

As an Italian national, Stefano Valdegamberi apologized for the EU sanctions that had been imposed on Russia against the will of the people.

The Italian delegation that visited the Crimea on October 13-16 had 18 Italian politicians and businessmen, as well as one representative of Austria. The MPs met the head of the Crimea to discuss opportunities for the development of normal business relations bypassing restrictions.

"We believe that the Crimeans have the right to decide in which country they want to live. They had a legitimate referendum. The problem is that Rome has a different point of view on the matter. The real intentions of Italian Prime Minister Matteo Renzi on the lifting of sanctions are unclear," an Italian MP from Liguria, Edoardo Ricci, told RT.

According to the politician, he and his colleagues will strive for the lifting of sanctions from Russia. According to him, they will do their best to restore friendly relations with Russia.

"Europe without Russia is not Europe. One should not break off relations with such a major player on the continent," the Italian MP added.