New US Secretary of State decorated with Putin's Order of Friendship

Candidate for the position of the head of the US Department of State, the chief of ExxonMobil Rex Tillerson has visited the White House before several times to make sure that restrictive measures against Russia were not going to harm his company. The goal of his visits to the White House has never been exposed. 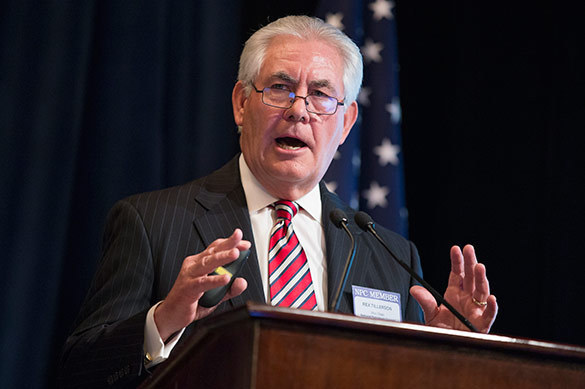 Tillerson supposedly believed that the EU would not follow the restrictive measures strictly. In this case, the entrepreneur feared, his European rivals could take advantage of the US-based corporation.

Two years ago, Tillerson questioned the effectiveness of the restrictive measures against Russia.

On Tuesday, Donald Trump announced he would nominate oil tycoon Tillerson for the post of the US Secretary of State.

Rex Tillerson heads the US largest oil company ExxonMobil. Last year, Tillerson was ranked among 25 most influential people in the world. He had sought the cancellation of the decades-long ban on exports of crude oil from the United States. He had also advocated the lifting of restrictions for the development of liquefied natural gas export projects. Noteworthy, even after the introduction of anti-Russian sanctions two years ago, Tillerson's corporation did not stop cooperating with Russia's oil giant Rosneft.

In 2012, President Putin ordered to decorate Rex Tillerson with the Order of Friendship. According to Donald Trump, Tillerson's experience of working in Russia was one of his advantages.