The Nation: U.S. loses title of the best world army

"Kill and destroy" - those are the two only things that the U.S. military is capable of, points out Nick Turse, an author published in the edition The Nation. He is sure that that the army of the USA doesn't have any political aims. That's why we can't name the U.S. "the best army in the world". 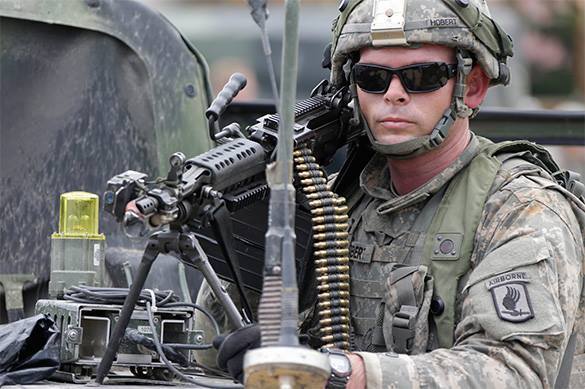 Earlier the U.S. president Barack Obama said that the american military forces are the most powerful force ever. Back in 2001, George Bush Jr. maid the same annoucement.

"In the years between those two moments of high-flown rhetoric, the United States military fought in nine conflicts. The record of the greatest fighting force in the history of the world: zero wins, two losses, and seven ties", - highlights Turse.

The authorm claims that "A Century of War and Gray Zone Challenges"-a timeline of conflicts ranked as wins, losses, and ties-examines the last 100 years of America's wars and interventions.

Turse explains that the "Gray zone" is an increasingly popular term of the trade for operations conducted somewhere on the continuum between war and peace. "Traditional war is the paradigm," the briefing slide asserts. "Gray zone conflict is the norm."

Andrew Bacevich, a professor of history and international relations at Boston University, believes that although American politicians like Hillary Clinton regularly insist that the United States possesses "the greatest military" on the planet, they avoid addressing the question of what the country's armed interventions have actually accomplished when it comes to policy goals-the true measure of success in war.

"We have not shown an ability to achieve our stated political aims in a conclusive way at an acceptable cost," adds Bacevich. "That's simply a fact."