Germany may withdraw troops from Turkey's air base

Germany will stop participating in military operations in Syria and Iraq from Turkey's Incirlik air base in the event Turkey does not allow a delegation of Bundestag officials to visit German military men at the Turkish air base, Prime Minister of Bavaria, Germany, chairman of the ruling party in the coalition of the Christian Social Union, Horst Seehofer said. 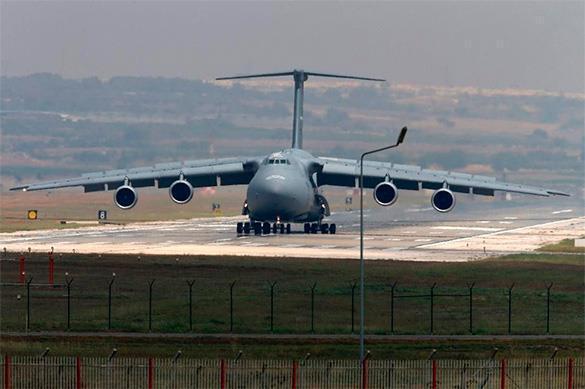 The problem is about the mission of the Bundeswehr at Incirlik and the participation of  Germany's AWACS reconnaissance planes in the Middle East.

"If after a while the Turkish government still stubbornly rejects all efforts and diplomacy and denies access of lawmakers... I cannot imagine that the parliament, which is being barred from meeting its own troops, will vote for this [continued deployment to the airbase]," Seehofer said at a press briefing in Munich.

In mid-June, Turkey denied a German delegation of MPs headed by State Secretary of the German Ministry of Defence Ralph Braukzipe a visit to Turkish Incirlik air base. Naturally, the move offended the German leadership. German Parliament Speaker Norbert Lammert said that if Turkey does not allow German MPs to attend soldiers of the German Bundeswehr in Turkey, Germany could withdraw its military forces from the country.

The Bundeswehr mission was deployed at Incirlik in December 2015.