Turkey to let Russia use Incirlik air base

Turkish Foreign Minister Mevlut Cavusoglu admitted that Russia would be allowed to use Turkish air base Incirlik for the purpose of the struggle against the Islamic State terrorist group. 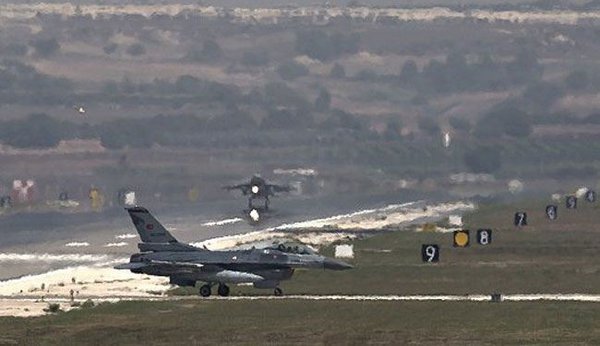 Ankara may soon give Russia permission to use Incirlik air base for operations against the Islamic State Turkish Foreign Minister Mevlut Cavusoglu said in an interview with TRT TV channel.

"We will cooperate with everyone who oppose the Islamic State. We have been struggling against them since the very start and we have opened the Incirlik base for those who want to take part in it. Why can't we cooperate like this with Russia? The Islamic State is our common enemy, and we all must fight against it. This is of paramount importance for the implementation of this mechanism into practice and for the prevention of any undesirable incidents. We agree with Russian FM Sergey Lavrov on the subject," he said.

Incirlik Air Base has the territory of about 3320 acres. The base is within an urban area of 1.7 million people, 32 km inland from the Mediterranean Sea. The primary users of the base are the US Air Force and the Turkish Air Force. The base is also used by the Royal Air Force and by Saudi Arabia.