Russia needs Turkey's Incirlik base like a hole in the head

On July 4th, it was reported that Turkish Foreign Minister Mevlut Cavusoglu allegedly admitted a possibility or the Russian Air Force to use Incirlik air base for operations against the Islamic State terrorist group. 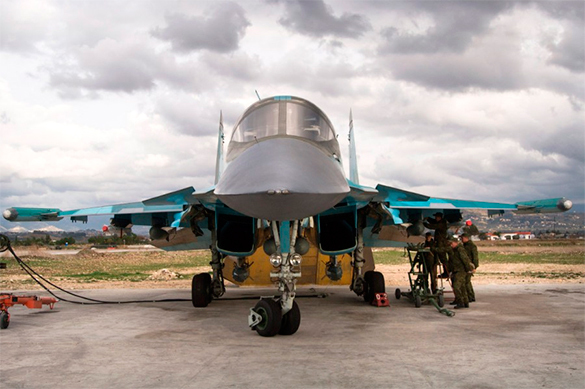 However, some time later, Cavusoglu specified that he did not mean Russia could use the Turkish air base, when he spoke about cooperation with Russia.

"We can cooperate with Russia in the fight against the Islamic State, but I did not say anything about the use of the Turkish base by Russian military aircraft. The Turkish press misunderstood the statement and it was then reflected in the Russian media too," Davutoglu said, TASS reports.

Does Russia need to use the Turkish air base? Can Incirlik base to become a worthy replacement to Hmeymim air base in Syria?

Pravda.Ru asked this question to chief editor of Arsenal of the Fatherland journal, Colonel in Reserve, Viktor Murakhovsky.

"I think now is not the situation, when Russia could use Turkish air bases or ports. We have created self-sufficient infrastructure at Hmeymim air base in Syria. Russia has this base in perpetual lease. Russia remains in full command at Hmeymim, we have the right of extra-territoriality there," the expert told Pravda.Ru.

"In case of Incirlik, mind you, even the United States had to make arrangements with the Turkish administration every time when US military aircraft would be deployed there, despite the fact that both the USA and Turkey are NATO members. For us, from a military perspective, this is an absolutely unfavorable option," said Viktor Murakhovski.

"Incirlik does not provide any new opportunities, but it does provide new restrictions," he added.