Kazakhstan and Kyrgyzstan will not hold Victory parades in 2016

The Victory Parade will not be held on May 9 in the Kyrgyz capital Bishkek. Instead, a requiem rally will take place to pay tribute to the memory of the fallen in the Great Patriotic War, a spokesperson for the authorities of Kyrgyzstan said. 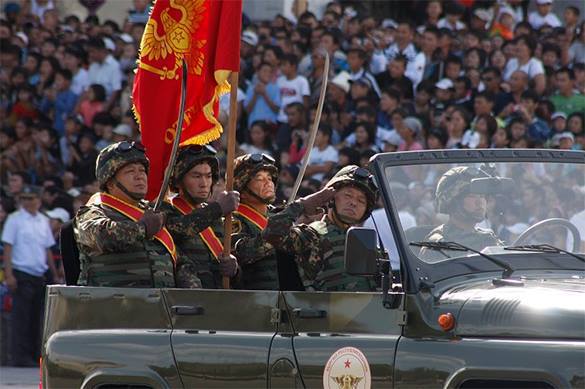 "We hold military parades only on anniversaries. This year, Bishkek is to hold a parade to commemorate the 25th anniversary of the country's independence on August 31," the press service of the government said.

For the requiem rally, Kyrgyz officials and veterans will take part in a ceremony on Victory Square near the monument to the Eternal Flame. The Kyrgyz capital will also hold the "Immortal Regiment" demonstration, in which anyone can participate if they bring the photos of their relatives, who took part in the Great Patriotic War. This year, the "Immortal Regiment" march will be held in Bishkek for the third time. Festive fireworks in honor of Victory Day will take place in Bishkek at night.

Kazakhstan will not hold the Victory Parade on May 9 either. According to the Ministry of National Defense of Kazakhstan, there will be no parade held this year as the parade was not approved by the plan of the department for 2016.