US Secretary of State John Kerry intends to personally contact Russian Foreign Minister Sergei Lavrov to discuss the recent incident with the passing of Russian Su-24 bomber planes in the vicinity of USS Donald Cook in the Baltic Sea. 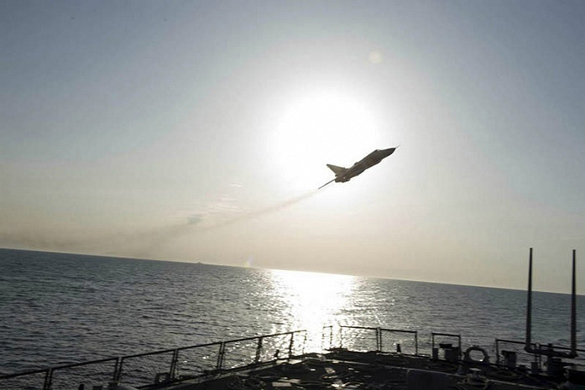 US State Department spokesman John Kirby said that the Secretary of State was notified of the incident with USS Donald Cooks. In his opinion, such flights were  unprofessional, almost certainly provocative and dangerous.

"We condemn this kind of behavior. It is reckless. It is provocative. It is dangerous. And under the rules of engagement that could have been a shoot-down," John Kerry told the Miami Herald.

"People need to understand that this is serious business and the United States is not going to be intimidated on the high seas ... We are communicating to the Russians how dangerous this is and our hope is that this will never be repeated," he added.

Russian Sukhoi Su-24 warplanes flew allegedly "dangerously close" to Donald Cook in neutral waters of the Baltic Sea, where the US warship was taking part in exercises with other NATO members.

Later, White House spokesman Josh Ernest said that the US did not want an escalation because of the incident. Spokespeople for the Russian Defense Ministry said that this situation did not pose any threat at all. Moscow does not see a reason for such a painful reaction on the part of the United States, because the flights were carried out in accordance with international rules, spokespeople for the Defense Ministry of the Russian Federation said.

Noteworthy, on February 12, 1988, two US warships - cruiser USS Yorktown and the destroyer USS Caron - violated the border of the USSR and traveled seven miles inside the territorial waters of the Soviet Union. The cruiser was bumped by the Soviet frigate Bezzavetny with the intention of pushing the Yorktown into international waters. USS Caron, while also claiming the right of innocent passage, was intentionally shouldered by a Soviet Mirka-class frigate SKR-6. The Yorktown reported minor damage to hull, with no holing or risk of flooding. The Caron was not damaged in the incident.