The Lithuanian authorities launched accusations against Russia, claiming that its troops invaded territory of the state. Details of the "invasion" are not disclosed, and the Committee on National Security at the Lithuanian parliament only assumed possibility of such an attack. 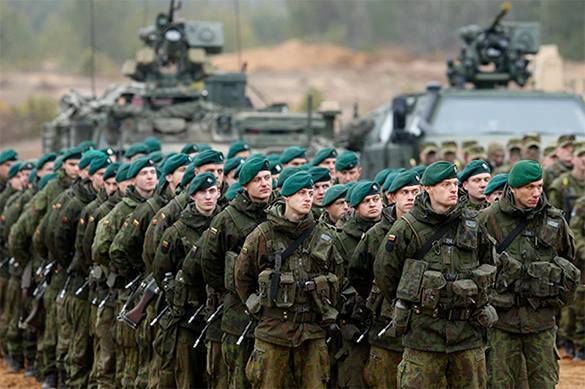 Artūras Paulauskas, Head of the Committee on National Security and Defence, was the first who declared about possible armed offense of Russia. "The Russian saboteurs could have landed in Juodkrantė (a village on the Curonian Spit near Kaliningrad)," Paulauskas claimed on the national LRT radio.

This accusation was made as part of report of the Department of State Security on the Lithuania's threats. It was noted in the report, that Russia allegedly carried out military drills in the territories of other countries. It was pointed out, that it happened in peacetime.

"It was said at the Committee that there existed probability that it had taken place. It's difficult to say which probability, as the data is not verified to 100%," Artūras Paulauskas specified.

The official also was not able to say how such unauthorized drills could have taken place, and whether it was the Russian military or special forces without insignia.

Alike statements were made by the Lithuanian PM Algirdas Butkevičius. As he asserted, the "Russian saboteurs" landed in the Lithuanian territory, but the Lithuanian special services reacted promptly. However, these are the only details. "I can't say, it's secret information," the PM said.

It should be noted, it's not the first time Lithuania has shown its concern over the Russian military drills near its borders. Last year, the Lithuanians were outraged at the Russian navy's entering the exclusive economic zone of Lithuania during the exercises. As Pravda.Ru reported, the Lithuanian Defence Ministry filed a note of protest.

Sergey Rekeda, Director of the Information and Analytical Centre on Social and Political Processes in the Post-Soviet Space at the Moscow State University, chief editor of the RuBaltic.Ru told Pravda.Ru that such claims have the only target, to increase funding of the military sphere, as well as the NATO's contingent in order to boost lobbying potential of the Baltic States at the forthcoming NATO summit.