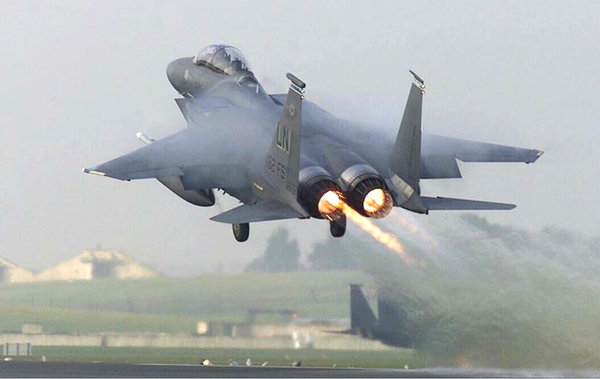 Officials with the US Air Force announced the deployment of 12 F-15C Eagle fighter jets and 350 personnel in Iceland and the Netherlands.

The statement said that the aircraft arrived from USAF bases in Massachusetts and California, Interfax reports.

In Iceland, the American fighters will be used to assist NATO in "surveillance and reconnaissance" activities. In the Netherlands, the planes will be used for pilot training.