All US F-15 fighters leave Turkish airbase for unnamed reason

All twelve US F-15 fighters will leave Incirlik Air Base in the south-east of Turkey. The US aircraft will return to their permanent deployment in the UK, a message posted on the Facebook page of the European Command of US forces (EUCOM) said. 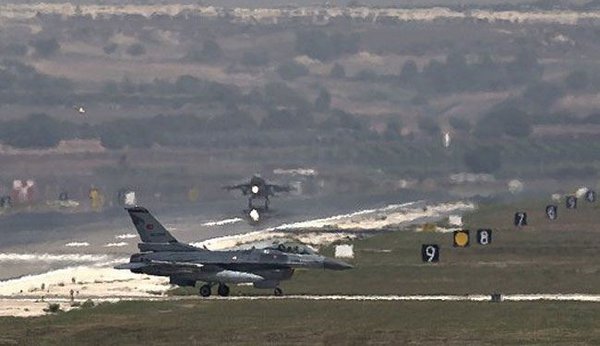 F15 Eagle and F15 Strike Eagle will return to Lakenheath base of the Royal Air Force in Britain. The process will start on Wednesday, December 16.

US President Obama ordered to deploy 12 F15 aircraft at Incirlik base in November 2015. Six F15 Eagle fighters arrived in Turkey following Ankara's request to ensure the sovereignty of Turkish airspace. Six more F15 Strike Eagle fighter-bombers were dispatched to Turkey to support the operation against the Islamic State (Daesh).

The EUCOM has not announced the reason for the return of F15 fighter jets. It was only said that A10 attack aircraft and US Air Force will continue striking the positions of the Islamic State, aka Daesh.

According to Turkish media, the air group of the coalition forces at Incirlik air base has 12 attack aircraft A10, 12 refueling aircraft KC-135, 11 drones MQ-1 Predator and 14 F16 fighters of the Turkish Air Force.