The Turkish Minister of Defence İsmet Yılmaz reported that a new multipurpose military base in Qatar will be equipped in the nearest two years. Creation of such a base is part of an agreement between the two countries on the air and naval defence. 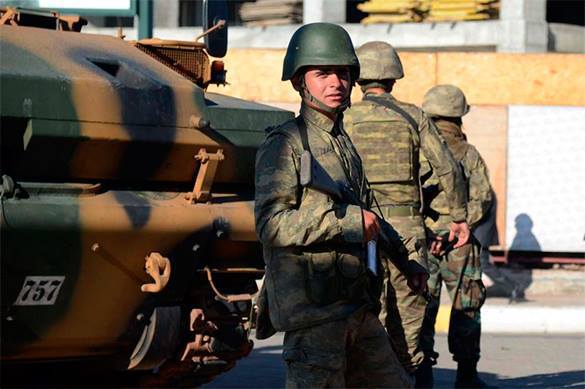 "This base will allow Turkey to participate in combat operations in the Red Sea, the North of Africa, and the Persian Gulf," İsmet Yılmaz said.

"We want to achieve a better cooperation with Qatar in the military sphere, we will carry out joint drills and operations, as well as maintain stability in the region with joint efforts," Yılmaz claimed.

Beside that, the Minister added that the Qatari military aircraft and staff are already located in the territory of Turkey.

As Pravda.Ru reported, Turkey and Qatar signed an agreement in 2014, that was approved by the Turkish Parliament the same year, these countries actively supported the Muslim Brothers in Egypt.

In December 2015 the Turkish Ambassador to Qatar Ahmet Demirok claimed that the military base would comprise 3,000 people, including air and naval units.

Turkey and Qatar also share a common stance on the Syrian conflict. Both countries support groups of fighters, that try to dethrone the incumbent President of Syria Bashar al-Assad.