US pushes too tough Bulgarians to Russia

The day before 138th Anniversary of the Bulgarians' liberation from the 500-long Turkish slavery, the Battle of Shipka Pass, and restoration of the Bulgaria's independence, the country's authorities invited Erdogan, but not Putin. The Bulgarian political scientist Plamen Paskov told Pravda.Ru abput reasons of such an act. 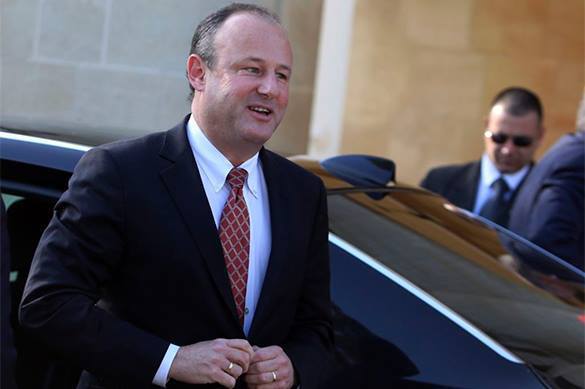 The Day of liberation from the Ottoman yoke and restoration of the Bulgaria's independence is traditionally celebrated on 3 March. It's a national fest and a day-off. The day before the country's authorities invited the head of Turkey Recep Erdogan and did not invite the President of Russia Vladimir Putin. It happened because "there arrived a new US Ambassador Eric Rubin. Before taking the baton from Marcie Ries, he said clearly that he would annihilate all the Russophile media, non-government organizations, and any word in favour of Russia," the Bulgarian political scientist believes.

According to him, these words roused to action all the politicians, mass media representatives, and other public figures in Bulgaria. "And they have already started the annihilation campaign of the 3 March, diminishing the influence and role of Russia in this event," the expert said.

However, such acts against Russia just backfired. "People who did not have a clear stance on Russia, went over to it. According to some estimations, they make up about 80 per cent of the country's population. And a spontaneous self-organization is currently taking place in the social networks. So, every cloud has a silver lining."

It should also be noted that relations between Sofia and Ankara are swiftly deteriorating. During the last week two Turkish diplomats were ousted from Bulgaria, while two Bulgarians from Turkey respectively.

"It is connected with the fact that Turkish policy towards Bulgaria has been an offensive one for the latest 26 years, they have been implementing their plan on restoration of the Ottoman empire in Europe step by step. It is clear that Bulgaria is on this way.

The Turks buy Bulgarian land and real estate. And when it turned out in the late 2015 that one of the so-called Bulgarian politicians was from Turkey (he transmitted secret data and was hiding in the Turkish Embassy), they could not but react," Plamen Paskov stated.

According to the expert, Bulgaria has started to enlighten the US and Turkish rough intrusion into the internal affairs of the country for the first time in 26 years.