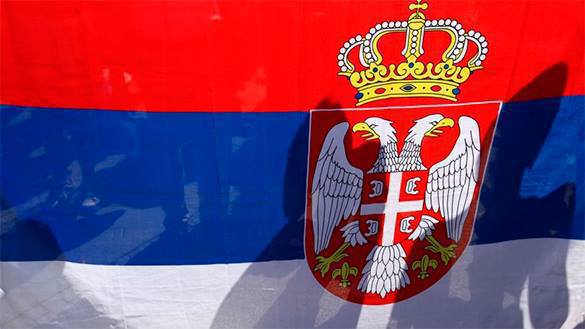 Serbia became outraged by cancellation of the South Stream Pipeline. "We cannot be left without energy carriers. Russia owes us this much, because we are suffering a lot for Russia," Serbian President Tomislav Nikolic said. Is Nikolic right? Did we need to warn Serbians? Research scientist at the Centre for the study of the Balkan crisis of the Slavic Institute of the Russian Academy of Sciences, Anna Filimonova talked on this issue in an interview to Pravda.Ru

"Tomislav Nikolic's statement is very surprising since the Serbian government is actually against the South Stream. It was Serbian Prime Minister Aleksandar Vučić who refused to sign the final agreement on the South Stream in October 2014 when Vladimir Putin visited Belgrade. Nikolic's statement is provocative and does not reflect the truth. But the truth is that with the South Stream cancelled Serbia actually loses a lot and suffers tremendous losses. It is thrown back to the far fringes of European development, it will not be able to become an energy hub and will never speak with Europe as equals. And economic losses are more than impressive, in other words the South Stream would have been Serbia's most successful project for the past 14 years," Anna Filimonova pointed out.

The correspondent also asked the expert to comment Nikolic's statement, who is sure that disputes between Russia and EU because of this pipeline started before the Ukrainian crisis. "The West and the East play 'cat and mouse' and Serbia suffers from this," Nikolic said.

"Serbia has definitely headed for the European Union and is willing to comply with all EU's requirements to join it. The Serbian government concluded the Brussels agreement with Pristina under which it gives up Kosovo. EU is putting pressure on Serbia for it to reject cooperation with Russia and even impose sanctions against Russia. This is the way chosen by Vučić's government that began to work undermining the South Stream project. That's why Nikolic is looking for those responsible where there are none, it is obvious that the European Union is responsible. For example, the Hungarian government led by Prime Minister Victor Orban is fighting to death for the South Stream, because they understand that it is the economic foundation for survival of the country," Anna noted.

The expert named Greece as an example. "IMF made Greece to withdraw from the South Stream project. And now we see that Greece is drowning in chaos and social crises. Serbia seems to be heading the same way. Because Vučić's government has also concluded an antisocial agreement with the International Monetary Fund. Serbia is losing its base that would helped it to restore national economy and sovereignty".

The Bulgarian President Rosen Plevneliev believes that "if Russia complied with European legislation, I do not see who would object to this project. At no time has Russia indicated that they want to comply with it". In this regard, the correspondent asked why Moscow must comply with it?

"The Bulgarian government is simply lying. The agreement on the South Stream was signed long before the Third Energy Package was adopted. It is possible that Russia would not be planning the South Stream project if it had known of the package. And now Russia has cornered them so much that they do not even have reasonable arguments to explain their actions which to be frank look more like an insane asylum. And now the entire Europe will go cap in hand to Turkey. No doubt, Turkey will use this opportunity to strengthen its geopolitical and economic positions," Filimonova pointed out.

The Pravda.Ru correspondent asked Anna why Plevneliev was not happy about the freedom, though he repeatedly stated that he wanted to get rid of the dependence on Russia.

"There are no cheering people in the streets of Sofia. It would seem they got what they fought for. Now there will be no Russia in Bulgaria. But there will be Turkey. However, the matter is that Turkey has a rather aggressive foreign policy, aimed directly at expanding its influence. And the weak small Bulgaria that reduced itself to a position of a mere nobody in the European political arena, will have no leverage. It is completely vulnerable. Yesterday one Bulgarian high official clearly stated that they had no illusions - EU assigns Bulgaria to be a peripheral resort. In other words, it makes it clear that EU is depriving the country of any potential development. This is the message sent by Brussels," Anna Filimonova noted in the interview to Pravda.Ru.

That said, the expert pointed out that now all that was left for Bulgaria to do is to acknowledge such position. EU prepares such fate for the Balkan countries - be born and die in pain, we do not care about you, you just comply with our requirements that we need. This is the sad now currently reigning in the European Union.