Bulgaria is being ruled by managers appointed by the West, that is why it will never stand for interests of the Bulgarians, Plamen Paskov, Bulgarian writer and journalist claimed in an interview with Pravda.Ru. 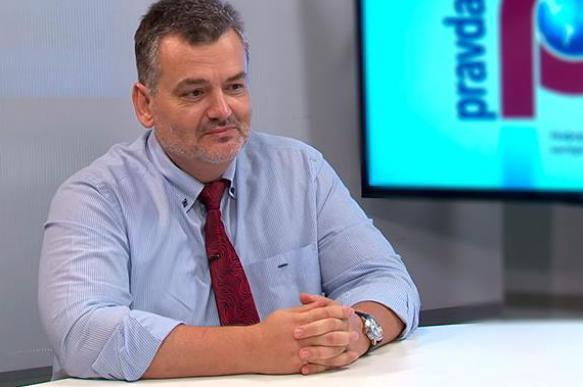 Bulgaria is the most quickly dying nation in the world, and over 50% of newborn babies being not ethnic Bulgarians.

However, instead of taking care of the economy, the Bulgarian government keeps searching for a foreign enemy and attribute to Russia.

Russia shouldn't work with the EU governments, but rather with the opposition, as the governments of these countries are stuffed with ideological opponents. They were taught to hate Russia, as they were all studying in the US.

The exclusion is Alexis Tsipras - the only of the latest Greek presidents who graduated from the local technical university. But he was broken, Tsipras didn't pass the test, as Plamen Paskov says. He became a traitor for the Greeks. He had undertaken serious things without a serious plan. According to the expert, he should have had  drachmas printed, so that they would talk seriously with him.

The West kept silent about Iceland, which refused to pay debts in 2010, nationalized its banking system, and has a successful development right now. But Greece is a a strategic country in the centre of the Mediterranean. The banksters have what to make a good hand of there. Beside that, it is a potential ally of Russia. So, there was orchestrated a show trial, the Bulgarian writer believs.

Bulgaria will not enter the Eurozone, as it faces the Greek's fate there. The West will do everything possible to prevent the Turkish Stream building up. Bulgaria, Greece, Macedonia have been already eliminated. The Turkish President Erdogan is on a waiting list.

What about the conflict in Transcarpathia, Plamen Paskov says everything is made with the favour of the Americans. They want to appoint Saakashvili instead of Poroshenko, in case he manages to make Georgia out of the Odessa region. Then Russians will be killing Russians. This plan will work out, if Putin doesn't tackle with managers in his own government, Plamen Paskov concluded.