16:22
Reuters reveals when Zelensky is willing to end the conflict in Ukraine
15:26
American publicist names the ultimate goal of the game against Russia
14:33
The US will close access to its technologies to the companies supporting Russia
14:29
Russian Finance Ministry refuses to acknowledge foreign debt default
14:02
Teen boy suffers severe injuries as electronic cigarette explodes in his mouth
13:26
Kremlin: Default in Russia? Not our problem
13:16
Welt: Putin prepares a new trap for the West with the help of Bolivia
12:51
Bloomberg: Russia defaulted on foreign debt for the first time since 1918
12:13
Kyiv sacrifices its citizens to protect a military facility from Russia

Vucic: Serbia is not going to join NATO

The Serbian Prime Minister Aleksandar Vucic claimed that no referendum on joining NATO would be conducted in the country, "it's a far-fetched issue". 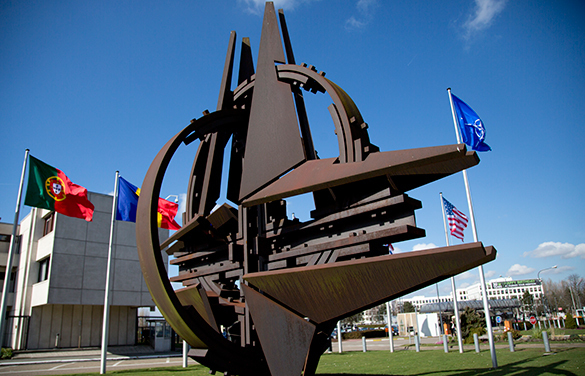 As Vucic stated in an interview to the RTS TV company, Serbia "is not going to join NATO, it wants to stay militarily neutral". "Serbia did not express a wish to join NATO," Vucic said.

According to him, the law on the confirmation of the agreement between Serbia and NATO, which had kicked up a row, was ratified by the Parliament and signed by the President, but it relates to a "technical agreement", which had been signed as early as in 2006. However, "there was started a hysterical campaign aimed at dividing Serbia, and I will oppose it," the PM noted.

He also pointed out that their policy is that "we love Serbia, we respect Russia, we respect America, we go into the EU, but first of all we love Serbia". Vucic said that he was "not ready to sacrifice the European way of Serbia," as it would be "a catastrophe for the Serbian economy".

Leader of the Serbian People's Party Nenad Popovic claimed on 22 February that opposition parties would demand to carry out a referendum on the country's rapprochement with the NATO, so that "there would be heard the voice of the people who suffered most of all from the NATO".