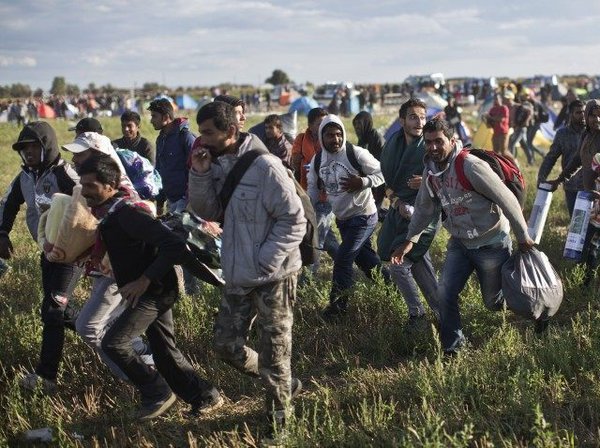 The Federal Criminal Police (BKA) state that this statistic is a six-fold increase over the figure for 2014. The situation is worse in the State of Saxony. German Federal Minister of Justice, Heiko Maas, has stated "We cannot wait until there is a first dead. We need a new culture of protest".

Last Thursday in the town of Clausnitz, residents blocked a bus carrying refugees. In recent days there was a fire in a center housing 300 immigrants and there is evidence (under investigation) that it was arson. This came among photos of large crowds standing back applauding the damage, as was the case in Ukraine when Fascists massacred Russian speakers and the crowd outside jeered.

Saxony is the fortress of the German movement PEGIDA, which has held marches on Mondays in the city of Dresden, while its splinter group LEGIDA does the same in Leipzig. There is now another movement, Alternative for Germany (AfD) which has an anti-immigrant discourse and whose leader Frauke Petry has stated that Germany should close its frontiers until it has digested the 1.1 million refugees it has already allowed in.