Anonymous group has declared a cyberwar on the Turkish government, accusing it of the Islamic State support. 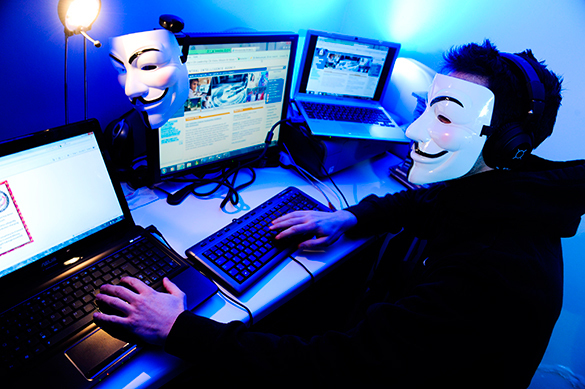 "We won't accept that Erdogan, the leader of Turkey, will help ISIS any longer. The news media has already stated that Turkey's internet has been the victim of massive DDOS attacks," the hackers say in their video message on YouTube.

The Russian Ministry of Defence had previously presented the intelligence data including photos, evidencing the Erdogan's and his confidants' direct involvement in the IS oil trade. As well as admitted that the IS oil really intersects the Turkish border and can reach the local market.

Last week about 40,000 web sites were attacked by the internet activists throughout Turkey. The Anonymous representative warned that, unless Turkey 'stops supporting ISIS, we will continue attacking your internet, your root DNS, your banks and take your government sites down. After the root DNS we will start to hit your airports, military assets and private state connections.'