Anonymous hacker group posted a video message to US President Barack Obama on YouTube. In the video, the people, wearing famous Guy Fawkes masks, urge American people to rise up against the "tyrannical regime" of the sitting US president. 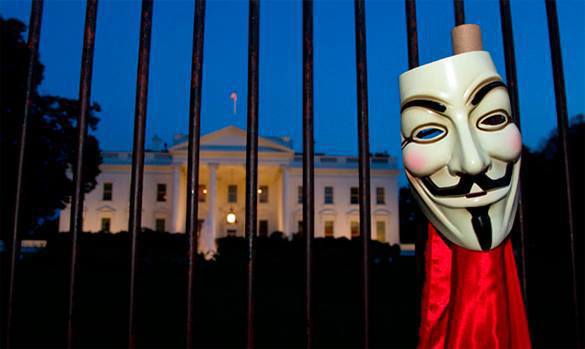 "It is time for the American people to wake up and rise against this tyrannical regime and its sinister elements.The tyranny must end now and we must take back our freedoms and sanity. They wish to spy on every part of our lives and now Anonymous has issued the final warning. We are coming, we are legion," the message posted with the video says.

Many prominent officials of the United States, journalists and citizens have expressed their dissatisfaction with the regime of Barack Obama and his policies. Former US Vice President Dick Cheney is one of them, Pravda.Ru says.

"I used to have significant criticism of Jimmy Carter. But compared to Barack Obama and the damage he is doing to the nation - it's a tragedy, a real tragedy, and we are going to pay a hell of a price just trying to dig out from under his presidency," Cheney said in an interview with Playboy.

In addition, billionaire Donald Trump also called Barack Obama the worst president in history. At the same time, Trump questioned Obama's mental health over his decision not to restrict air travel from Africa against the background of the critical distribution of Ebola epidemic, Pravda.Ru reports.