The building of Radisson Blu Hotel in the capital of Mali is still surrounded by security forces that attempt to neutralize the terrorists, who took hostages in the hotel. 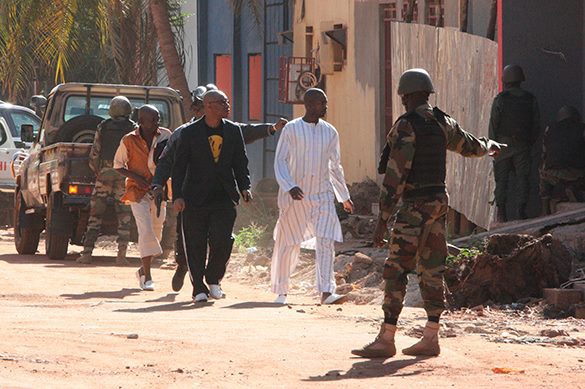 The unknown attackers managed to take 170 people hostage. The Russian Embassy in Bamako is checking whether there are any Russian citizens among them. According to the Russian diplomatic mission, there is such a possibility, Pravda.Ru reports with reference to Interfax.

According to local media reports, the militants have released several hostages - the ones who could quote verses from the Koran.

The terrorists continue to keep all other people hostage. At least nine people have been killed in the cirisis.

The security of the central hotel in Bamako let the attackers enter the building easily. The terrorists arrived in vehicles with diplomatic plates.

Having entered the top floor of the hotel, the terrorists opened fire and took hostages shouting "Allahu Akbar."