The research centre Rasmussen Reports carried out a poll among the American potential voters and found out their attitude to the Hillary Clinton campaign. 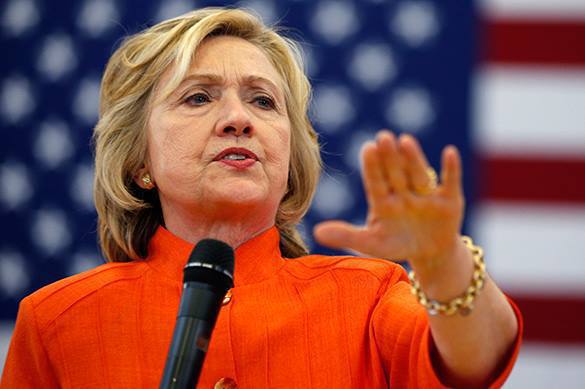 The former US Secretary of State popularity keeps falling among the population. 46 % of the voters claimed that Clinton should quit the presidential race, before the legal implications of her use of a private e-mail server while Secretary of State are resolved.

The researchers revealed that even partisans of the Democratic Party, which Clinton represents, consider her candidacy less successful than that of Joe Biden, current Vice President of the United States.

Among the Republican voters, the number of those, who consider that Clinton should quit, reached 75 %.