Turkey may invade Syria one of these days

A terrorist act in the cultural centre of the Turkish city Suruc, which is about 10 km away from the Syrian border, was conducted by an 18-year-old suicide bomber. 13 people were killed as a result. Which are the reasons for the tragedy? Pravda.Ru conducted an interview with Gumer Isayev, head of the St.Petersbourg Middle East research centre, who is currently in the region. 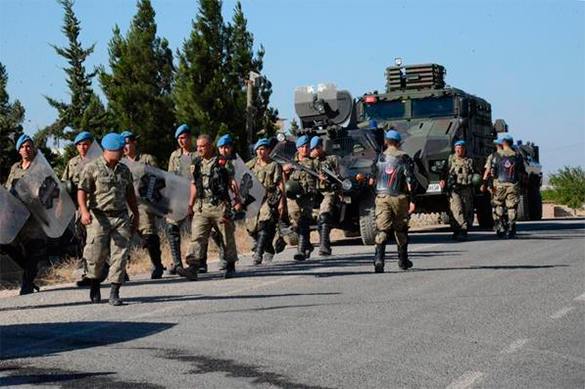 'Today we have a very tense situation on the Turkish-Syrian border. The confrontation between the IS fighters and kurds reached its top. We are aware of the events, that took place near the city of Kobani. I am afraid, the situation will be only aggravating. Also an invasion, or any operation of the Turkish military forces is expected in the territory of Syria,' Isayev claimed.

Some data on the Turkey working out military operation has been recently revealed, but against whom, is up in the air. It is not evident, that it will be against the IS, as the Turkish authorities are not quite satisfied with the Kurds military actions. The terror act is also one of the points, that may be taken into account by the Turkish authorities, and it may be used for a limited military operation, the expert noted.

Also read: Assad needs to unite with Kurds against Turkey