The US Air Force authorized SpaceX to launch spy satellites and mystery drones. 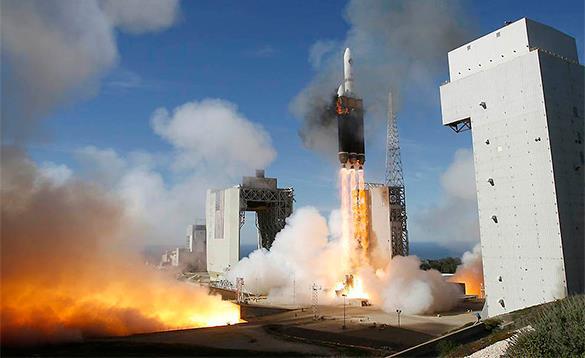 Thus, SpaceX turned out to be the first private company that managed to break the monopoly of the Boeing-Lockheed Martin joint venture, United Launch Alliance (ULA).

SpaceX will also become the major customer for its Falcon 9 rocket, which can carry spacecraft weighing several tons into low-earth and geo-synchronous orbits. The company has already successfully performed 18 missions with the rocket, including for NASA and private companies.

The process was nothing if not contentious. Even as 150 Air Force personnel worked side-by-side with SpaceX engineers and program managers to certify the launch system, the company's lobbyists and attorneys were waging a knock-down, drag-out war against ULA and the Air Force in the halls of Congress and the Pentagon to convince officials that SpaceX's much cheaper service should be an option for the military.

Indeed, after the Air Force awarded a controversial multi-year, $11 billion contract to ULA despite promises to open up competition, SpaceX sued the government for improperly awarding the contract; SpaceX founder and CEO Elon Musk hinted at corruption in the contracting process. Eventually, the two sides reached a sealed settlement that SpaceX officials say committed the Air Force to more competition.

The company also leveraged geopolitics to fight back against its competitors, stressing ULA's current dependence on Russian-made engines as a detriment in a time of increased tension between the US and Vladimir Putin's Russia.