Homebuyer Tax Credit to Be Extended in U.S.

Thursday the Obama administration pressed Congress to back a limited extension of a popular first-time homebuyer tax credit that is set to expire at the end of November. 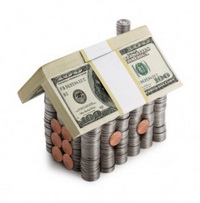 Homebuyer Tax Credit to Be Extended in U.S.

The expected extension and expansion of a popular home-buyer tax credit should be the last extension Congress should consider, the tax credit's chief proponent said on Thursday.

"This is the last extension of the homebuyer credit," Georgia Republican Senator Johnny Isakson told reporters at the Capitol.

Senate Banking Committee Chairman Chris Dodd added that he expects President Barack Obama to sign an extension and expansion, despite the administration's reticence to back the more expensive expansion. The measure had been due to expire at the end of November, Reuters reports.

The statement made no mention of a possible expansion of the credit to repeat buyers of primary residences.

Key senators agreed this week on a proposal to extend the $8,000 first-time homebuyer tax credit, which expires at the end of November, for houses under contract by the end of April. Buyers would have through June to close on the house, Reuters reports.

Meanwhile, lawmakers said they want to prevent home sales from slipping as the economy struggles to recover from the worst drop in home prices since the Great Depression. More than 1.2 million borrowers have claimed $8.5 billion of the $13.6 billion set aside for the homebuyer tax credits this year, according to the Treasury Department.

The Democrats’ proposal would extend the credit to home purchases under contract by April 30 so long as they close the sale within 60 days. Those buying homes worth more than $800,000 wouldn’t be eligible for the credit, said Baucus.

Any legislation would have to be reconciled with a House unemployment measure approved last month that omits the homebuyer tax provisions and extends jobless benefits only in states with the highest unemployment rates. House Speaker Nancy Pelosi, a California Democrat, is waiting to see the final Senate agreement before deciding whether to support it, said spokesman Nadeam Elshami, Bloomberg reports.