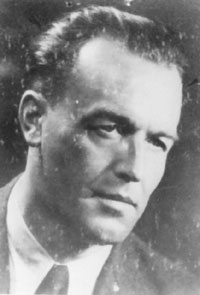 Efraim Zuroff, the top Nazi hunter at the Jewish human rights organization, said the judge in charge of the case had disallowed German police requests on several occasions for telephone taps of Heim's relatives and an old friend who had been in contact with the fugitive.

"We only recently learned of the extent of the obstructionism," Zuroff said in a telephone interview from Israel, saying such taps in other cases were "routinely approved."

The spokesman for the Baden-Baden state court, where Heim was indicted in absentia on hundreds of counts of murder in 1979, did not immediately return phone calls for comment.

In the case of the old friend from school, the judge decided that the information about his contact with Heim was too old to warrant a telephone tap, according to documents supplied by the Wiesenthal Center.

The friend, a fellow doctor living in Vienna, Austria, told authorities in 1998 that he had received a letter from Heim in the early 1980s.

Taps have been approved in other cases in the Heim investigation.

Zuroff said his office sent out a statement Friday - the day before what would be Heim's 94th birthday - to highlight the problems faced in tracking down the Nazi doctor.

"We hope to bring to the attention of the authorities that there are legal obstacles which are preventing the proper investigation of the case, and preventing steps which we feel would contribute significantly to finding doctor Heim," he said.

Heim was known for his sadism as a doctor at the Nazi's Mauthausen concentration camp. He was able to flee before authorities came to arrest him in the southern town of Baden-Baden in 1962, however, and his whereabouts today are unknown.